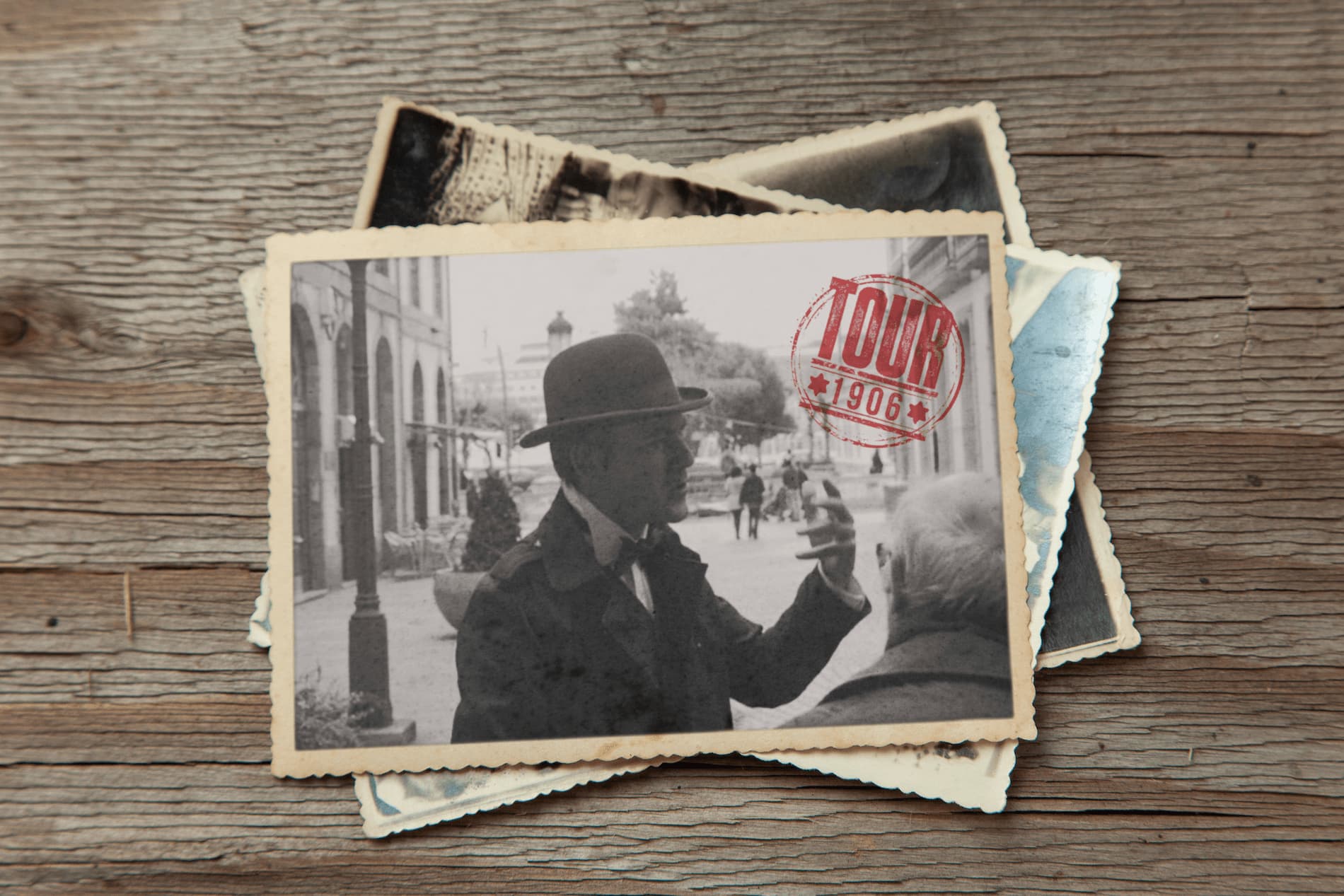 Want to see everything A Coruña has to offer? Then why not combine a visit to the city of A Coruña as it was in 1906 with a guided tour of MEGA?

If you’re looking for an exclusive tour of A Coruña that includes absolutely everything, then this is the visit for you.

Your guide is the highly acclaimed Suso Martínez: an official tourism guide, actor and historian who has worked extensively in the press as well as on radio and television. In 2021, he received the Pérez Lugín Journalism Prize, awarded by A Coruña’s Press Association.

Suso Martínez will take you on a tour around A Coruña’s historic quarter, showing you the events that took place in and around 1906, a milestone year that included the founding of Estrella Galicia (Hijos de Rivera SAU). He will give you a fascinating insight into the society, people and buildings of the Galician capital at the turn of the 20th century, when it aspired to becoming the great metropolis of north-western Spain.

After starting in María Pita Square, the tour takes you through the streets and squares of the medieval city, such as Santiago, Tabernas, Constitución, Azcárraga and Príncipe, as far as San Carlos Gardens.

In the afternoon, we will welcome you to our home: MEGA, where you can tour the facilities in the company of a guide.

Ready to enjoy the full experience? Discover everything A Coruña and MEGA have to offer!

Enjoy a MEGA beer experience.
Sign up for our newsletter
Get all the latest from MEGA